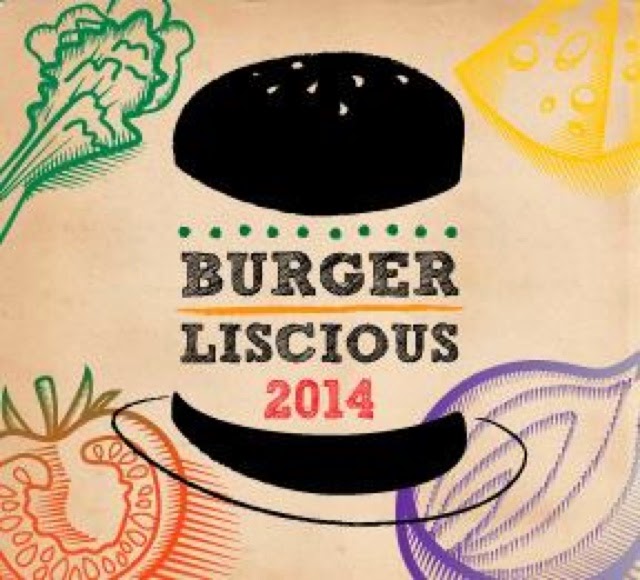 BURGERLISCIOUS! Savor the flavor and take a bite out of the fourth annual BURGERLISCIOUS festival on Thursday, November 6th, 2014, from 6 p.m. – 10 p.m. at Fred B. Hartnett Ponce Circle Park (2810 Ponce de Leon Blvd., Coral Gables) Eat the most delicious burgers Coal Gables has to offer at this years' BURGERLISCIOUS! Oh yeah.... There will also be Beer &  Whisky. #DoneDeal

Posted by NYC Sidewalker at 8:24 AM No comments: 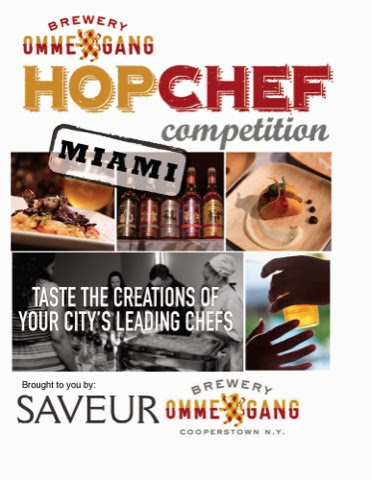 Posted by NYC Sidewalker at 12:12 PM No comments: 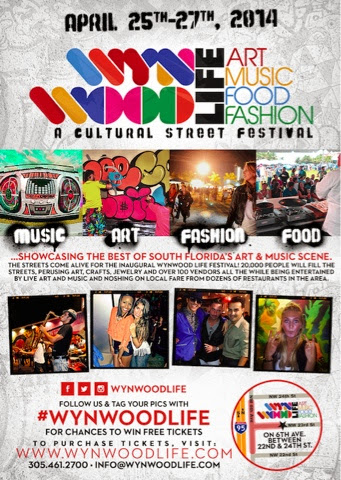 Posted by NYC Sidewalker at 11:53 AM No comments:

A ten day festival of innovative films, music, food and parties... and no it's not at SXSW in Austin,  it's at the Miami International Film Festival.  Stars will be in attendance at the 49 films that will premiere this year in Miami. Kicking off the festival is Elsa & Fred the Spanish-Argentine romantic comedy remake staring Actors Shirley McLaine, Christopher Plummer, Jared Gilman, director Michael Radford, producers José Levy, Ricardo Kleinbaum, Nicolas Veinberg and Matthias Ehrenberg who are scheduled to attend. After Party Followed by Patron 3-D Opening Night Party where the historic Dupont Building magically transforms into a cinematically-themed playground teeming with “hidden image TVs”, a bountiful selection of culinary delights, and an endless flow of creative Patron cocktails and Stella Artois, an ideal setting to toast 10 days of provocative cinema! Tasting stations include Cacao Art, Morton’s Steakhouse, Toro Toro, Oak Tavern, Catering the Event, and more! DJ Mauricio Parra, courtesy of Tr3s.
If dinner and a movie is what you want? Every flavor under the Sun will be represented with #NYCWFF Director and now culinary curator Lee Schrager's Culinary Cinema. Five films followed by gastronomic parings at top Miami restaurants.
http://www.miamifilmfestival.com/program/culinary_cinema.aspx
Miami International Film Festival runs march 7 - 16th. Check put there website for more information on attending films, special engagements, parties and who's on the the Red Carpet. Get you tickets and enjoy the show! http://www.miamifilmfestival.com/
Posted by NYC Sidewalker at 11:09 AM No comments: 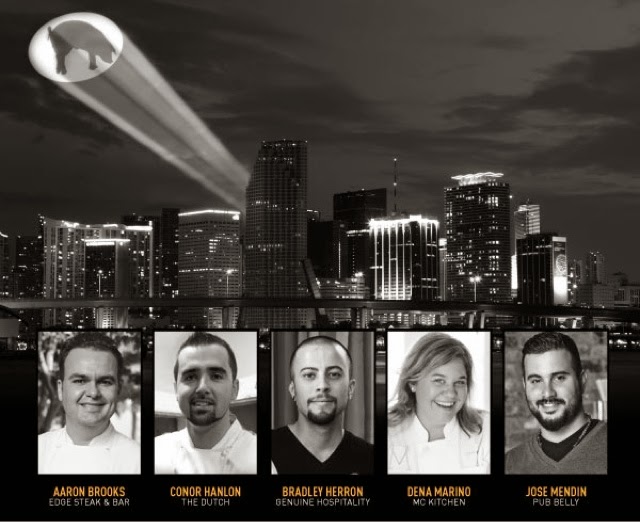 Competing chefs include Aaron Brooks of EDGE Steak and Bar, Conor Hanlon of The Dutch, Bradley Herron of Michael's Genuine Food & Drink, Dena Marino of MC Kitchen and Jose Mendin of Pub Belly. The five chefs, champions to the pig, will battle it out by preparing a maximum of six dishes each created from one whole heritage breed pig to win votes from a crowd of hungry gourmands and celebrated judges. 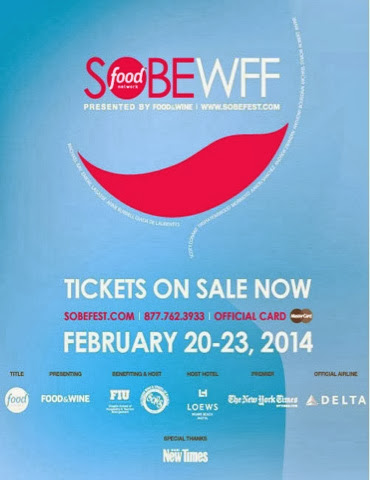 Time to hit the beach in SOBEWFF style that is, flip flops, sun screen, sun glasses, wine glasses and a big appetite for some Fun in the Sun! South Beach Food & Wine Festival is February 20 - 23, 2014 and will probably be your best Winter memory.

TICKETS NOW ON SALE, Get 'em while their HOT! http://www.sobefest.com
Posted by NYC Sidewalker at 9:53 AM No comments: